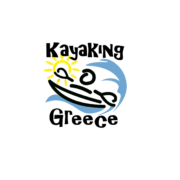 Why we came to Skopelos

An why we chose to live and work on Skopelos

About us and our journey to this beautiful Greek island.

Welcome to our about us page, we are Yvonne and Neil, originally from the UK near Birmingham. Now happily settled on the beautiful Greek island of Skopelos.
We decided to pack our bags and head for the furthest point in Europe from the UK in 2007.
With resignations handed in to Social Services and the Fire Service we loaded our van with belongings and two Springer Spaniels and set about driving across Europe!

We had holidayed on the Greek islands on numerous occasions and found each one to have its own character and charm.

Skiathos was our first of the Northern Sporades islands. We found it to be very different to many other islands with lush pine forests and beautiful flowers. Returning here on a few occasions in the following years, it was beautiful but!

There was something about the mysterious island of Skopelos lying to the east that began to draw us in.
Visiting Skopelos for the first time just blew us away!

The relaxed life style and the amazing colors of this unspoilt island got us thinking of moving here in our retirement.
Things took a dramatic turn in 2006 when the British government decided to make sweeping changes to the public sector. No longer happy with the changes being made we took the decision to get out early and live a life less ordinary!
The beautiful traditional hillside village of Glossa on the Greenest of the Greek islands, Skopelos was about to become our new home!

With a transit size van packed to the roof and just enough room for our two Springer Spaniels we set off to start our “life less ordinary!”
Driving down through Europe was a joy! The Alps stretched across our path on day 3 of our very own Greek Odyssey. Almost total silence in the van other than the occasional ohhh! and wow! as we drove through this amazing landscape.
A quick break in Innsbruck before driving up the amazing motorway to the Brenner pass. We have also driven up the minor road which winds its way up the valley giving stunning views of the motorway in the air!
It was time to head for Venice and our ferry to Greece. The ferry terminal is just outside Venice but we chose to sail from here because it is all about the views across this amazing city from the lofty position of the ship. Amazing is all we can say!
36 hours later and we touch down on Greek soil. There is now a new motorway from Igoumenitsa, making the journey across Greece quick and easy. If you have time on your hands take the old road through the mountains. Just spectacular!!
The final ferry would take us from Volos to our new home and our new life on Skopelos.

Settling in and setting up!

At some point the dream becomes a reality and the hard work starts!
First job was to set about becoming a part of the community and learning about the culture.
Next was to find work that would add something rather than just copy what was already being done! The sea kayaking seed was planted.
Three years were spent exploring the island and looking for interesting places to go.
Course attended to become a sea kayak guide and coach.
Discussions with the local authorities to explain this new idea and how it would work.
Finally in 2012 we started!
The tours are becoming increasingly popular and a great deal of support being offered from the local community.
We have also set up coaching classes free of charge for the local children.
Our hope is that some of those children will come and help out on some of the tips in 2015.
We are also working closely with a company based in the Southern Hemisphere to offer an guide exchange program. It would be amazing if some of the local children will be able to get involved in this program in the future.

We feel very privileged to live in such a beautiful place.
Our thanks go out to everyone here who has made us feel welcome and helped us to get established.
We would also like to thank everyone who has supported us by coming on our trips. Without your support we would not be able to stay here and more importantly not be able to offer the free classes to the local children.
Who knows, may be one day a child from Skopelos will go on to become a kayak guide and coach!

This website uses cookies to improve your experience while you navigate through the website. Out of these, the cookies that are categorized as necessary are stored on your browser as they are essential for the working of basic functionalities of the website. We also use third-party cookies that help us analyze and understand how you use this website. These cookies will be stored in your browser only with your consent. You also have the option to opt-out of these cookies. But opting out of some of these cookies may affect your browsing experience.
Necessary Always Enabled
Necessary cookies are absolutely essential for the website to function properly. This category only includes cookies that ensures basic functionalities and security features of the website. These cookies do not store any personal information.
Non-necessary
Any cookies that may not be particularly necessary for the website to function and is used specifically to collect user personal data via analytics, ads, other embedded contents are termed as non-necessary cookies. It is mandatory to procure user consent prior to running these cookies on your website.
SAVE & ACCEPT